Southern California In For a Whopping Snow Season Next Winter

Southern California is on track for a tremendous snow year in 2012/13 if recent reports hold true.  Mountain High’s 14 year average is 143 inches per season, 40% more than the Big Bear Resorts, and forecasters are calling for even greater amounts next winter.  Why?  Big snow years tend to follow light snow years as demonstrated by seasons 1997/98, 2001/2000, and 2004/05.  Each of these winters saw more than 250 inches of snow with a record high of 310 inches in 1997.  Plus, after two strong La Nina seasons, the return of the El Nino weather pattern is possible which typically delivers huge amounts of precipitation to Southern California.  This is great news for skiers and snowboarders as powder days have been few and far between this winter.

Why does Mountain High generally get more snow than its Southern California counterparts?  Because Northern and Western storms favor the San Gabriel Mountains.  Their location relative to the coast means they get hit first with Pacific storms, and the San Gabriel Mountains, with Mt. Baldy on one side and Mt. Baden Powel on the other, act like a catcher’s mitt grabbing and holding storms before they push on.  It is not uncommon for storms to deplete the bulk of their moisture, dropping several feet of snow on Mountain High before moving on to the San Bernardino Mountains.  The opposite is true of course for “Pineapple Express” storms that originate from the South.

If history is any indicator, the 2012/13 season should be one for the books.  And that means good things for the local economy and the participants themselves.  Skiers and snowboarders won’t have to travel out of state to get their fill of powder stashes and tree runs.  They can explore the local mountains and familiarize themselves with all the great terrain they have to offer.  And that means more money for more important things.  Like Hot Toddies in the lodge when it’s all done.  For more information or to schedule an interview, please contact John McColly at 760 316 7803 or john@mthigh.com.

Mountain High is Southern California’s closest winter resort located just an hour and a half from Los Angeles and Orange County. The area consists of three separate mountains (Mountain High East, West, and North), and offers a wide variety of lifts and trails, a world-class terrain park, an outstanding Winter Sports School, and the region’s largest tubing area. Night skiing & snowboarding is available 5 nights-a-week and snowmaking covers more than 80% of the slopes.  Mountain High has been the first resort to open in Southern California for the past 14 years and traditionally operates from mid November to mid April. Get more at mthigh.com.
# # # 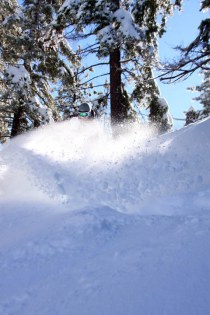